Added a Disqus feature to the GBNF main page. Please consider leaving remembrances of departed classmates. Posts will be transcribed to the appropriate individual's page.

March Checkpoints column, plus some Extras.

December Checkpoints column, plus lots of Extras, including a special lost Reunion "Narrative."

Refreshed design of the USAFA and Class History Timelines, both under the History Tabs.

March Checkpoints column with dozens of extra photos, plus an Air Gardens history with gallery, and an extensive Squadron Patch History, both under the History Tab.

June Checkpoints Column with Extras, a selection of the Sunday color strips of the Bedcheck Charlie story arc (very rare) under the Memories tab, a large number of Dodos from 1957-1971, and new photos of the cadet uniforms designed and approved by Cecil B. Demille, both under the History tab.

Recently exhumed from deep in the catacombs of the Class of ‘75 Archives (AKA Paul Kent’s hard drive) emerge the long-lost files from the heady days of ZoomieNation (Now Defunct). Never before seen (Full Disclosure: probably actually seen by a quite a few) columns and over 200 new photos from December 2006 through March 2010. Additionally, dozens of new Memories of… entries with a few accompanying photos to document just some of the outrageous claims, questionable recollections, and dubious war stories, which despite the passage of time and fading memories, are no doubt totally accurate, 100% credible, and in full compliance with the Cadet Honor Code…probably. Also, lots of new internal links to make your surfing experience that much richer and enjoyable (or horrific, depending on your recollections). ZoomieNation columns are linked from within their respective Checkpoints columns.

New section, Our Heritage under the History Tab, featuring thumbnail sketches of ancestors' military or other service to the country.

Updated cemetary maps, completed addition of all available Talon magazines in digital form to the Ephemeratorium.

March Checkpoints column, Extras, plus dozens of additional photos including a large gallery of grandchildren, in keeping with the column theme.

September Checkpoints Column with a lot of Extras.

Two new Galleries: Doolies and Firsties under the Galleries Tab.

Class Coin: Highlights and links to relevant supplemental material throughout the site.

September Checkpoints Column, expansion of GBNF, two new photo galleries plus more photos across many Checkpoints columns, a few new Memories of... entries, additions to the Early Academy Concepts under the History Tab.

Addition of a large number of photos to the Individual Awards Gallery under the Galleries tab.

June Checkpoints Column including links to select Extras, complete Charley Baby and Waldo F. Dumbsquat columns from 1971-1975 and a Drum & Bugle Corps entry, both under the Nostalgia tab, additional photos in many Checkpoints columns, ongoing format standardization throughout.

June Checkpoints Column, redesign of the GBNF Home Page and the addition of a chronological listing, a nascent Class History timeline, and a Class Pinterest page (linked below).

March Checkpoints Column, Checkpoints archives for 1989-1999, completing the archiving of ALL Checkpoints columns from 1975-2013, updated format and expanded content in the Nostalgia and Class Business sections, the Exemplar Dinner from the 40-Year Class Legacy Project, eight new photo galleries covering the Second and Third Class years, and a gallery of old USAFA postcards.

Checkpoints archives for 1986 and 2005-2009, general ongoing content and format update.

Refreshed 'look' of all icon directory pages, transition of all completed galleries to new format with many new photos and content, improved navigation features throughout.

A site-linked Twitter account. . Checkpoints archives for 1976-1977, additional Falconews articles, including some for the Prep Schoolers, reorganized Nostalgia directory page, with a separate directory for the Dodo and Talon magazines, several new issues of Dodo and the first Talon, links (below) to neighboring class web sites.

Falconews articles from the Graduation edition.

Enjoying the Spice of Life: Stan “Chumley” Collins, and spousal unit Mary, spent a week in Aruba. He didn’t go into details on their activities there, but a Google search for Americans being deported from the island came back empty, so Chumley must be getting stealthier with age. My son, Luke, and I visited Curacao for a week of diving in July. My idea of a week in the Caribbean is eat, dive, eat, nap, be one with the couch while watching mindless drivel on the television, eat, sleep, and then repeat the same thing the next day, but at a much more relaxed pace. Luke’s idea of a diving week is eat, dive, sleep, and repeat. My ears still haven’t cleared from spending so

much time underwater. Lance Grace, Ed Wilcock, and Gary Shugart did their best to keep their heads above water as they celebrated the 46th anniversary of our graduation from the Zoo by taking a 14-day rafting trip down the Colorado River through the Grand Canyon... 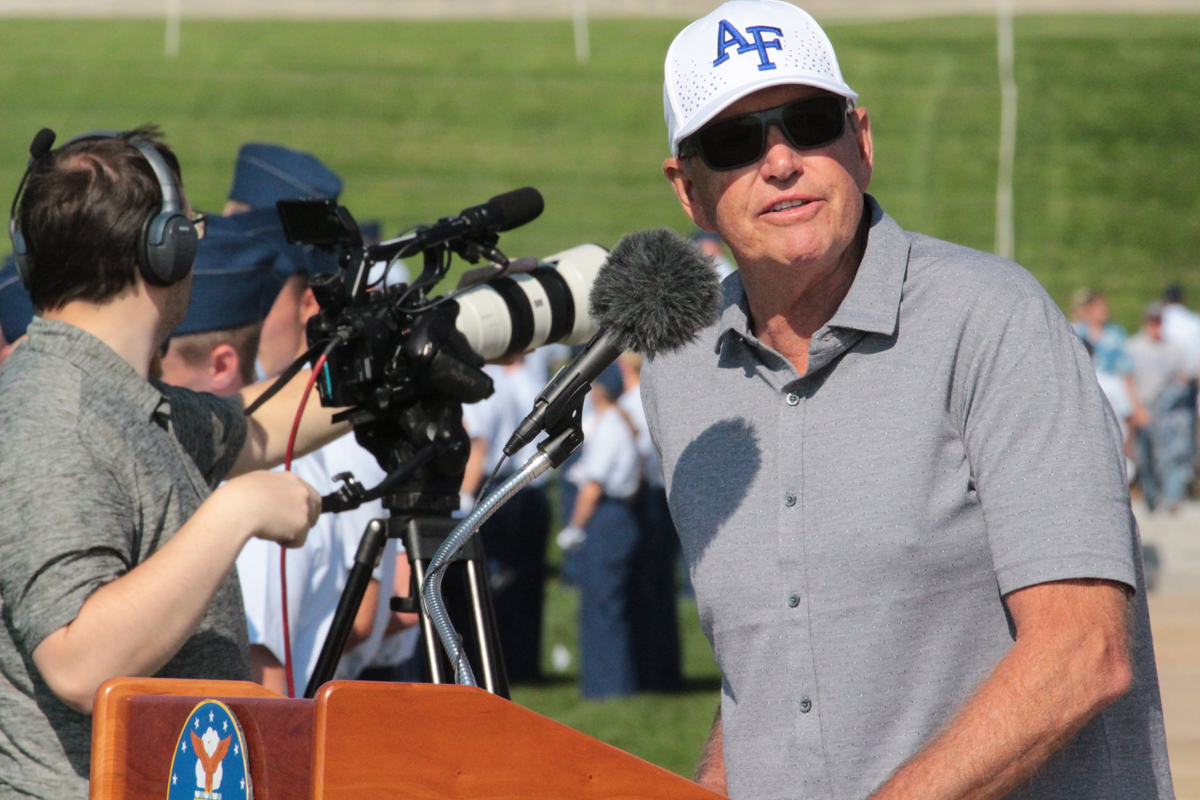